Intellectual property clauses may decide the success or failure of an outsourcing deal as they set the rights, limitations and protections of IP exploitation rights during the term of the agreement and after its termination.

One of the first issues to be assessed in case of outsourcing agreements where the supplier is also licensing his software to the customer concerns the terms of the granted license.  And in this respect, the customer will often tend to require a license lasting for an indefinite period of time. However, such solution might create issues in countries like Italy where agreements lasting for an indefinite term can be terminated with an adequate prior notice.  Therefore a license lasting for indefinite term would not actually guarantee in outsourcing agreements the right to use the software forever.  On the contrary, since intellectual property rights are subject to statutory terms, it appears more appropriate to link the license term to the duration of the rights on the licensed software.

Also, especially in case of multinational companies or groups where employees of different companies can use or at least access to the software, it shall be assessed whether the license is granted to the entire group or the customer that can then sub-license the software to the other group companies.  Additionally, adequate provisions shall be included to regulate the impact of potential internal re-organizations of the group, mergers or acquisitions on the rights to use the licensed software to avoid the need to re-negotiate the agreement at a later stage.

But suppliers might not only grant software licenses, but also receive licenses from their customers during the term of outsourcing agreements.  This happens when the offering of the required service implies the usage of the customer’s software either developed internally or licensed by third parties.  And this has an impact also on liability clauses as the malfunctioning of a software might be due to another software with which it has to interoperate.  Likewise, it shall be assessed the ownership of the intellectual property rights on the works performed during the execution of the agreement with the supplier’s interest to be able to use the knowledge acquired during the performance of the agreement in future deals and the customer’s opposite interest in preserving such asset.

Finally, an interesting issue concerns the disclosure of the software source code to the customer as part of outsourcing agreements. This is usually prevented and the mere object code is provided, but customers might be interested in acquiring their usage rights on the occurrence of events that prevent the continuation of provision of services connected to the agreement such as the supplier’s bankruptcy. In order to prevent issues in such circumstances, different solutions can be identified such as the provision of the source code to a public notary instructed to disclose it only in the limited circumstances prescribed in the agreement.

Lots of room for discussion on the above, do you want to discuss about it? And as usual feel free to contact me, Giulio Coraggio to discuss.  Also, if you want to receive my newsletter, please join my LinkedIn Group or my Facebook page. And follow me on Twitter, Google+ and become one of my friends on LinkedIn. 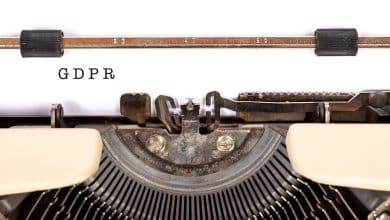