LawBytes deals this week with the new Brazil privacy law, the draft EU regulation applying to ICOs and the first blockchain based bond.

On August 14 2018, the Brazilian President, Michel Temer, signed into law the new Brazilian Data Protection Law which provides for rules on the processing of personal data and replaces/changes the previously applicable regulatory framework, including the Brazilian Internet Law.

The text, which shall come into force 18 months following its official publication, encompasses the European privacy approach, as the recent Indian data protection bill, since it is deeply influenced by the GDPR, introducing relevant changes in the Brazilian legal framework.

The key requirements of the law include data transfer restrictions, mandatory data protection officer (DPO) appointment for controllers, new rights for data subjects (portability), new legal basis for processing (legitimate interest) and sanctions up to 2% of entity’s, group or conglomerate revenues in Brazil generated during the prior financial year, up to a total maximum of fifty million reais per infraction.

Given the broad scope of the new privacy law and considering that Brazil is still in its infancy with regard to this topic, the compliance journey will be an hard challenge for Brazilian companies. On the contrary, since it applies also to foreign companies that offer their products/services to Brazilian customers, it might become an even better opportunity for European companies that are already used to the requirements of the European General Data Protection Regulation.

ICO – EU draft regulation on crowdfunding may have an impact

The EU Parliament’s Committee on Economic and Monetary Affairs has recently issued its draft report on the proposal for a regulation on European Crowdfunding Service Providers for Business.

According to the explanatory statement, the regulation is an opportunity to provide also regulations for initial coin offerings and the proposed amendments provide for a direct application of the regulation to primary selling of coins or tokens.

The text intends to take step towards imposing standards and protections and although it does not apply to private placement of coins or tokens, its legislative evolution shall be carefully monitored in order to intercept the European regulatory attitude towards what is an excellent funding stream for tech start-ups.

The hope is that such regulation will introduce also more certainty on rules relating to crowdfunding that for instance in Italy are quite different from other European countries.

The World Bank (an institution which issues between 50-60 billion dollars annually in bonds) has ordered the creation of a blockchain-based bond through Australia’s Commonwealth Bank of Australia (CBA).

For the development of the financial instrument a law firm was used to act as the deal’s counsel for the issuance on the platform and to design the legal architecture of the smart contracts that will govern the bond.

While the World Bank and CBA expect to launch the transaction following a period of consultation with a broader set of investors, this move by some of the world’s most influential financial institutions clearly underlines the global shift towards leveraging blockchain technology to simplify raising capital and trading securities, improve operational efficiencies and enhance regulatory oversight. 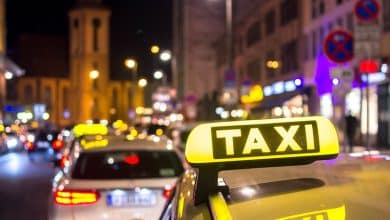