What is the impact of the new EU Copyright Directive on the video gaming industry? What will change in their business and how to get ready?

Tommaso Fia had already discussed the upcoming EU Copyright Directive and the main changes that will derive from it as part of iConsumer. But with this article, I want to discuss with my GamingLawPills its applicability in the video gaming sector.

Indeed, the importance of intellectual property rights and how useful they are for publishers and developers as a tool for protecting the appearance of different parts of a video game will presumably grow after the applicability of the EU Directive on Copyright in the Digital Single Market. In the following lines, I will try to focus on two specific scenarios that may impact the video gaming industry when game publishers and developers will face the new European copyright law framework.

Guybrush, the main protagonist of the Monkey Island series, is an ambitious and somewhat naive wannabe-pirate. He has many talents, the most well-known of which was his ability to stay underwater for several minutes. Guybrush never approached for negotiating a publishing agreement while his resilience could have led to an outstanding result.

This scenario is quite similar to what happens typically in the video gaming industry. The deal is often evident. The studio (or the author) chooses a publisher of a video game, and the publisher funds the game’s development, the publisher pays the studio advances against royalties to fund that game’s development. But the problem is that these advances are paid when the developer reaches certain stages of development and most developers never receive a peanut in royalties when games do not sell enough. They earn money through the advances to cover their development costs but rarely do they generate any profit for the prior review that made it possible.

And moreover, there is an increasing imbalance between developer and publisher in negotiating a publishing agreement. This circumstance happens because publishers dictate the initial terms of those agreements while the game developer can take advantage of their resources, marketing reach, and development know-how. The reality is that filmmakers and screenwriters often agree flat or reduced fees in their eagerness to board a project in the early stages of its development when it might not be fully financed.

With the applicability of article 18 of the new EU Copyright Directive, the scenario will change though for the video gaming market. This provision acknowledges the contribution of the work of authors and performers in the value chain, stating they should receive

ongoing payment for their work. The parties will need to negotiate the royalty rate that will be used for determining the developer’s share. Determining the royalty rate will increasingly depend on several factors, including but not limited to the bargaining power of the parties, rights granted,
development costs, third party licensing fees, advances, marketing commitment, the
developer’s track record, and platform fees.

A failure to adequately define responsibilities in a publishing agreement can lead to huge disagreements later. These need to be addressed and explicitly negotiated before the work enters the online exploitation chain in light of the most recent regulations.

the force will be with you. Always

The United States District Court for the Northern District of California in June 2018 was asked to decide whether the use of a copyright protected dialogue and images to promote an App is fair. According to the decision, defendants “merely reposted images and dialogue from original works” with only some minor alterations or additions, the use was commercial and not transformative. Secondly, while works were expressive, they have also been “published extensively,” and “as a result, the authors have likely realized their expressive and economic interests to a great extent.” And so on, amount and substantiality of the portion used by defendants weighed for a finding of fair use, using clips only seconds long has been considered “quantitatively insignificant.”

The Court ruling is noteworthy: “since defendants did not produce[…] evidence to show lack of market harm to Lucas’ film from their unlicensed use, this factor weighs against fair use.”

If Obi-Wan Kenobi moves to Europe, he can now find out how content sharing service providers could find themselves inundated with complaints, particularly as members of the online gaming community. The idea that content sharing providers receive a significant economic benefit from unauthorized sharing of copyright-protected content owned by third parties, while the rights holders themselves receive comparatively little financial benefit has been spreading out.

The solution proposed by Article 17 of the new EU Copyright Directive is to make content sharing providers more accountable for protecting the interests of rights holders and might have a relevant impact on the video gaming market. It means that streaming platforms such as YouTube and Twitch while hosting such vast amounts of gaming videos may accept legal responsibility, or work closely with copyright holders to ensure intellectual property is protected and adequately compensated.

However, while game companies could indeed revoke licenses to such platforms for negative coverage of their products, there is little incentive to be withholding in licensing content on video platforms that receive billions of views every day. Is the solution proposed by the European lawmakers so easy to apply in practice?

On the above, you can find interesting the article “Chilling effects of a lawsuit in the video game industry.” 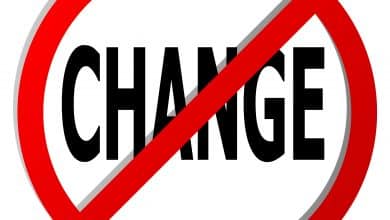 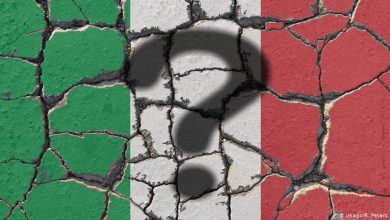