My gambling market predictions for 2020 deal with regulatory challenges that might reshape the sector for the coming years.

This edition of my gambling related predictions is the 5th, after 2015, 2016, 2017, 2018 and 2019, and analyzes whether the previous predictions came true and what future we should expect for the market.

1. Different might no longer be enough against the large operators

My gambling predictions for 2019 referred to the possibility that “Different will matter more than bigger”.

The mergers between large operators of the last years are creating economies of scale but, at the same time, a high level of internal bureaucracy, which limits their flexibility in adjusting to market changes. On the contrary, medium-sized operators that are still under the control of their founders have more limited resources. However, they can focus on the specific needs of the moment, with decisions taken in a quite short timeframe, being able to meet the market needs in a timing manner.

The circumstance above is still correct in 2020, where we saw additional mergers between large operators. However, the radical change is that gambling regulations of countries like Italy are creating barriers to the entrance of small/medium-sized operators increasing costs and creating a regulatory environment that only large operators can afford.

The rationale behind such a change is that a more limited number of operators is easier to control. But the downside is that there will be less competition with players that will pay more for the same quality of service. At the same time, I do believe that the black market will grow after years of fights against it.

2. It will finally be the year of Germany and The Netherlands

In my 2019 gambling predictions, I referred to the US as the market to watch, while Germany and The Netherlands are exciting markets for 2020.

We have been discussing the licensing regime in Germany and The Netherlands during the last decade, but not much had changed. There were challenging proceedings against operators offering their games to Dutch players during the last year which led to the so-called “cooling off period” in which they will not be able to apply for a Dutch gambling license. Also, German authorities already pointed out that sports betting providers on the German market would no longer be tolerated without a German sports betting license. Rather, the German gambling authorities expect that sports betting providers who continue to operate in the German market will have to apply for a license promptly, otherwise they can expect a prohibition procedure.

The German land-based and online sports betting regime is in place with effect from January 2020 and from this date operators can now apply for a license. The newsletter available here from my German colleagues gives an outline of the application process.

The coming into force of Dutch gambling regulations was expected to occur in January 2020, but it has now been postponed of a year to January 2021. However, the Parliament has been announcing over the last year several provisions that will set out the applicable regime.

To be ready for the opening of the Dutch gambling market, operators will have to do a considerable amount of work in 2020, but the efforts are likely to pay off.

3. Courts will set the rules of the gambling market

My predictions for the gambling market in 2019 were that it would have been a quite litigious year, and unfortunately, the same predictions apply to 2020.

Governments rarely have an in-depth knowledge of the gambling market and its implications and are always looking for additional tax entries from it. The result of this problematic mix is that they are introducing limitations to their operations to “apparently” protect citizens, with measures like the Italian gambling advertising ban that was even challenged by the regulator, AgCom. AgCom adopted guidelines that tried to make the ban consistent with constitutional principles and EU freedoms, but the result is still highly controversial.

At the same time, the continuous increase of gambling taxes in several jurisdictions shows a short-term strategy that will damage not only operators and players, but also local economies due to the growth of the black market.

In such a situation, courts are the last hope to find the right balance between these regulatory limitations and the overall regulatory framework where the gambling industry is part of the economy of most of the countries worldwide, like any other industry. There are still considerable prejudices against the gambling market, but hopefully, courts will adopt a mature approach and remedy to the mistakes performed by governments.

During the last decade, we saw the “shrinking” of the .COM markets where operators could offer their games in several jurisdictions with a Gibraltar or Maltese license to the benefit of the .COUNTRY markets. However, unless courts (or better governments) promptly cure the local regulatory errors, we will end up with markets where a few operators dominate the regulated market, but there are many operators acting under a foreign license on the basis of the contrast between local regulations and the regulatory environment. 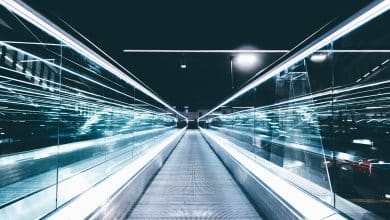 Please respond to the survey for DLA Piper predictions 2022 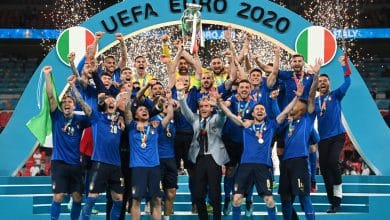