This new episode of LawBytes brings you the Top 3 predictions on the blockchain for 2020 covering IoT Apps, patent war and fake news remedy.

2019 was a thriving year for blockchain and distributed ledger technologies (DLT) more in general. Mainstream companies have demonstrated a growing interest in both blockchain and DLT.

Blockchain seems to have reached its turning point. What was only theoretical up to last year, is now finally becoming operational and integrated into an increasing number of digital services that go beyond mere beta tests. In this post, we explore the top 3 blockchain predictions for 2020: the upcoming patent war, the DLT applications to IoT and the possible solution to fight fake news dissemination.

Following the publication of Satoshi Nakamoto’s paper and the first release of the open-source bitcoin code, blockchain has always been based on a principle of open innovation.

Since then, governments and companies have explored blockchain technology in many different industries, including financial, healthcare, energy, supply chain, and gaming sectors.

A global blockchain ecosystem has been growing over the last years, and investors are becoming more and more cautious in the due diligence processes by protecting their intellectual property so to mitigate the risk of economic loss.

An analysis of active patents and pending applications performed by WIPO in May 2019 shows that blockchain-related filings have significantly increased all around the world in the past years and companies’ research has led to unique breakthrough applications of this technology.

Also, the public sector (i.e., governments) has recognized that blockchain technology development is an issue of the utmost importance, and first comers will lead the next decade of a technological revolution. Unsurprisingly, China is leading the patent race at the moment with over 10,000 blockchain-related patents filed overall – according to the China National Intellectual Property Administration (CNIPA) -.

After the initial hype, as more cases of how companies can benefit from technology become concrete and are widely acknowledged, DLT is starting to climb the so-called “slope of enlightenment”.

My blockchain predictions for 2020 are that it will witness an increasingly fierce patent race proving that blockchain is already a rapidly maturing technology and that there are already many practical cases that go well beyond the experimental stage.

Blockchain seems to be the proper technology to overcome such issues. DLT technology provides trust, decentralization, authenticity, reliability, and security by default and, through smart contracts, it manages authorization and automation of processes as well, providing some of the principal missing pieces in the IoT compliance jigsaw and offering a large number of potential applications in risk mitigation, workplace safety, supply chain management, regulatory compliance, distributed energy production and much more.

According to a recent survey carried out by Gartner, 75% of companies that made substantial investments in IoT technology are already betting on the technical merge between IoT and blockchain, and this number is expected to increase up to 89% within two years. The estimates rise up to 94% with regards to companies with mature IoT implementations.

It is reasonable to assume that EU institutions will not step aside, and that it will concretely operate to gain a valuable position in this digital and technological revolution. Following last year’s legislative boost, EU institutions have continued to work together with governments and organizations to overcome blockchain regulatory obstacles and lead international standardization, as confirmed by the launch of the International Association for Trusted Blockchain Applications (INATBA) in Belgium as a global multi-stakeholder forum for developers and users of blockchain technology and other DLT.

Indeed, the newly elected European Commission seems to have already pointed out that digital research and development will be the pillars of the new government. It is reasonable to expect both continuity in the digital policy-making and an increase in investments in new technologies, such as blockchain.

However, significant development of the DLT adoption within the IoT ecosystem relies on the actual implementation of other technologies (e.g., 5G) to obtain a fully working integration for which it might be necessary to wait more than a year.

Nonetheless, we expect that the convergence between blockchain and Internet of Things networks will be a hot topic in 2020, with the deployment of breakthrough solutions that, combined with sharp governance and regulatory compliance strategies, will bring to light significant business and security benefits.

3. Blockchain will become the enemy of all trust-based disinformation

2019 has proven that blockchain is not merely the technology at the heart of virtual currencies, and finally, governments and organizations have started looking at DLT as a solution to broader socio-economic problems.

Albeit the initial hype has started to fade away, blockchain technology has stood the test of time, as its promise to bring transparency and trust over a secure distributed and immutable ledger is still compelling.

While the phenomenon of fake news itself is not new, nowadays proliferation of digital and social media platforms allows for much easier dissemination of digital contents. In parallel, the development of artificial intelligence and machine learning systems makes it harder to determine the authenticity of the information, with severe repercussions to a plethora of social aspects, e.g., the undermining of journalism, the threat to public safety and the manipulation of politics, just to name a few.

It is essential to ensure the integrity of information. Blockchain might be the tool that, due to its traceable and transparent nature, can build trust both with reference to the source of the news produced and distributed over the Internet and on its contents as well. Fake news dissemination could be severely affected by using digital signatures for online information posted by a trusted third-party and tracking by means of blockchain technology, thus, ensuring that the content is original and not tampered with. Furthermore, it allows users to go back through the chain of blocks to the original piece of news enabling them to verify the reliability of the source as well as the integrity of every further manipulation of the original digitally-signed news.

Such applications raise a well-known concern regarding DLT: how to ensure the right to be forgotten under GDPR with the immutability of the blockchain? Notwithstanding the multiple “privacy-cautious” approaches attempted last year, substantial technological developments seem to be missing, and the question is still unresolved.

However, as stated last year by the Panel for the Future of Science and Technology (STOA) within the European Parliamentary Research Services, a case-by-case analysis is – at the moment – the best choice. Therefore, given the impossibility to remove information from the distributed ledger, it is likely that fake news-oriented blockchain will opt for off-chain storage of the content, embedding in the blockchain, not the information itself, but only the hash of the relevant information.

Nonetheless, the absence of a clear governance framework does not act as a brake on the development of blockchain-based solutions. The New York Times is implementing, for instance, a blockchain system to authenticate its digital content so as to fight misinformation and altered media and maintain confidence in the news that is shared online. Similarly, in Estonia, presidential speeches, official announcements, and laws digitally published are signed within a blockchain, so that everyone can verify the information directly from the source and be sure they can trust its validity.

The new decade will see a widespread recognition of the potential offered by the encrypted distributed ledger technology, with its substantial increase in terms of both the economic growth and real-life application.

However, several challenges remain unsettled, such as the limited scalability and performance of public blockchains, or the high energy consumption when deploying current consensus mechanisms. While DLT encryption and cryptography security increases, a potential threat can instead arise from the advent of quantum computers and said circumstance could seriously compromise the resilience of blockchains and cryptocurrencies, thus hinder consumers’ trust.

In the meantime, policymakers and regulators need to progress in providing new legal frameworks that are fit for purpose. Pressing discussions include, for example, the legal validity of smart contracts, classification of tokens and coins, applicable jurisdictions, consumer and investor protection, and data protection safeguards.

Such issues stress the fact that companies that will be able to develop self-regulation policies and technical standards to overcome the current blockchain concerns will potentially lead the blockchain game in the coming year and, maybe, decade.

To discover more about other trending topics, take a look at the complete IPT legal predictions 2020 booklet at the following link

Also, if you are interested in the topic, don’t miss our previous posts: “EU blockchain resolution and the new regulation on data ‍flow” and “Opportunities and legal challenges of data monetization”. 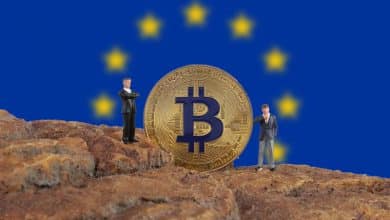 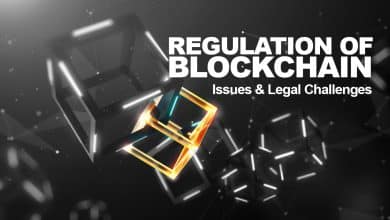