The seizure of some so-called LAN gaming halls dedicated to esports in Italy by the Agenzia delle Dogane e dei Monopoli (ADM) puts an entire market at risk because of a misinterpretation of the current legislation that does not take into account the peculiarities of a sector that is new.

The regulation of amusement machines without cash prizes in Italy

ADM is the authority in charge of verifying compliance with the regulations applicable not only to games with cash winnings (the so-called gambling and betting) but also to amusement devices without cash winnings (e.g. pinball, billiards, foosball table as well as gaming halls’ video games based solely on skill for which the duration of the game can last depending on the skill of the player).

These games are subject to a stringent regime with a homologation/certification, the need for an authorisation (the so-called nulla osta) and the obligation to pay an entertainment tax.  Moreover, regulations dictated by ADM also govern the types of points of the offer at which the installation of amusement devices without cash winnings is allowed and the numerical parameters and installation criteria.  Violation of these regulations by the operator is punished with an administrative sanction of between € 5,000 and € 50,000 for each machine and with the closure of the business from thirty to sixty days.

Apparently, as a consequence of the growth in the number of LAN rooms for esports, the managers of gaming rooms have decided to file a complaint to ADM complaining of “unfair competition” on the part of LAN rooms where PCs, driving simulators and consoles are installed that allow players to participate in esports competitions with other players connected via the Internet through a LAN network.  This complaint was followed by an official request of opinion to ADM.

In the article “How to find a solution to legal issues of eSports tournaments in Italy“, I had already warned about the risks of interpretation that could arise from the legislator’s lack of a clear position on the subject.  Unfortunately, my predictions have come true …

The situation has now ” precipitated ” as a result of the complaint and interpellation mentioned above.  Due to the misinterpretation of the legislation applicable to esports, on Friday, 29 April 2022, ADM began the first seizure of all gaming equipment in LAN rooms dedicated to esports, even in cases where the games were offered free of charge.

This seizure of the esports gaming halls derives from the erroneous assimilation of the activity, of the games made available in the LAN rooms and consequently of the relative regulations to those of mere gaming rooms, ignoring completely, among others, that

In particular, on the last point, it is important to note that DLA Piper has carried out a study on the regulations applicable to esports in 45 jurisdictions worldwide in its report “eSports Laws of the World“.  The report confirms the absence of an authorisation or even certification regime for games in other jurisdictions.

France has an ad hoc regulation for physical esports tournaments.  The total amount of entry fees or financial contribution due from the participant must not exceed 100% of the total cost of organising the event, including the total amount of earnings or offered prizes.  When the total amount of revenues or prizes offered exceeds 10,000 euros, the organisers must justify the existence of an instrument or mechanism to ensure that revenues and prizes are fully redistributed.  However, even though France has such a detailed regulation, to foster the growth of the esports market, only a mere notification to the competent authorities has been provided without any form of prior authorisation or certification.

LAN room managers have promised to take legal action against this seizure.  The hope, however, is that the legislator and ADM realise the interpretative error and take a prompt position on the legislation applicable to esports, categorically excluding the extension of that which regulates amusement machines without cash winnings.  Any different position would risk heavily damaging a market that is growing fast, generating new jobs and new business activities and, consequently, contributing to the growth of our country’s economy.

On a similar topic, you may find interesting the article mentioned above, “How to find a solution to legal issues of eSports tournaments in Italy“.

Photo by Sean Do on Unsplash 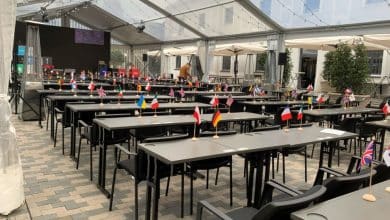 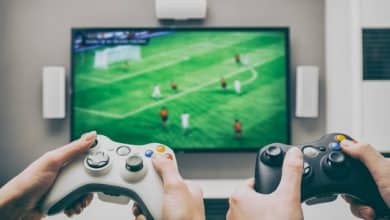